"...We are aiming for the truth around violence. What is causing people to be violent?... How can we fix that?

Gun control and Gun rights have been at the forefront of the political debate for the better half of modern-day American history. Whether it be rooted in facts and statics or experience and emotion, many can agree that this discussion is far more complex than any late-night news report or newspaper article can even begin to sort through. As America by far leads the world in firearms per capita, many believe this is and always will be a never-ending debate.

If you take a look at the cover of the November 5, 2018 issue of Time magazine you might notice front and center the presence of, No Other Choice Firearm Training Founder & CEO, Kevin Dixie. In this issue, Time magazine partnered with, artist and photographer, JR to interview, film, and photograph 235 American citizens of all walks of life from Dallas, St. Louis, and Washington, DC in search of common ground on the Gun debate. Features included VIRGINIA TECH SHOOTING SURVIVOR AND GUN SAFETY ADVOCATE Colin Goddard, ST. LOUIS MAYOR Lyda Krewson, MOTHER, AND DOMESTIC-VIOLENCE SURVIVOR Cindy Chester, BOARD MEMBER, 1 MILLION MOMS AGAINST GUN CONTROL; VOLUNTEER, THE DC PROJECT Mary Callison, DESCENDANT OF NATE TURNER, PASTOR AND FIREARMS INSTRUCTOR Bryan Moore, PRINCIPAL, BALTIMORE CITY PUBLIC SCHOOLS Tammatha Woodhouse, and many more.

During Mr. Dixie’s interview, he urges people to explore different perspectives when navigating the gun debate. He set out to use his own life experiences, growing up in one of the most violent neighborhoods of St. Louis city, as a catalyst to heal communities plagued with gun violence. When he formed Aiming For The Truth it was his goal to address mental health and broken families. 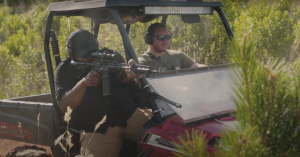 What Is A LVPO? 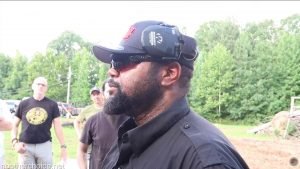 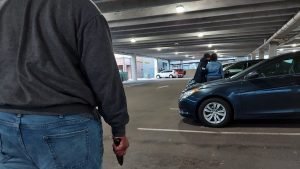